Wolf Den Farm was established in 1875 and the original farmhouse after several renovations is still a large part of its foundation. Between the years of 1972 and 1992 it was no longer farmed and a large part of the original 1000 acres was sold. In 1992 reconstruction of the farmhouse was begun and in 2002 the farm activities of raising horses and cattle began. Wolf Den Farm now consists of 100 of the original acres as the basis of its operation as well as 400 acres of leased and owned land in both South Carolina and North Carolina.

The primary goal of Wolf Den Farm has been to raise and offer good quality quarter horses for sale based on solid foundation stock. The cattle farming activity revolves around the need for cattle to effectively train young cow horses and to maintain and offer show horses for sale that are involved in the cutting, roping, working cow horse, reining, sorting, and team penning events.

More and more young horses are excelling in the show pen as well as being exceptional all around equine athletes.

Here are some great examples:

We have a good selection of cutting horses for sale as well as just good all around cow horses for sale. We present an excellent opportunity for you find young horses at all ages and skill levels and training for you to enjoy in various equine activities. 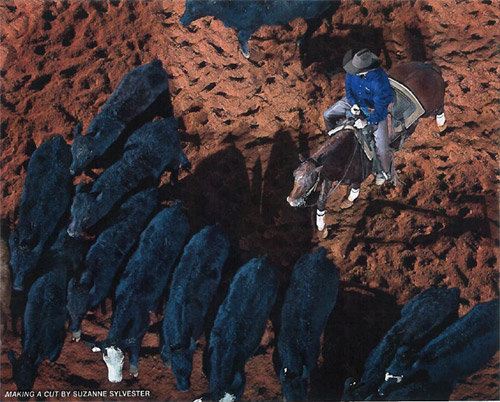 Pictured in "Cowboys and Indians" magazine 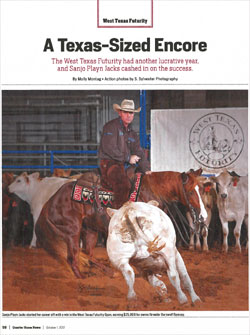 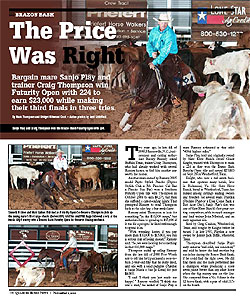 Sanjo Play was featured in the Nov 1 issue of Quarter Horse News.
Click on article to read.